UBC's Mary O'Connor, William Cheung and Allan Bertram have been awarded NSERC prizes. These annual prizes recognize exemplary achievements by some of the best and brightest researchers in the world. UBC's researchers were each recognized for their research relating to climate change.

Her Excellency the Right Honourable Julie Payette, Governor General of Canada, the Honourable Navdeep Bains, Minister of Innovation, Science and Industry, and Professor Alejandro Adem, President of the Natural Sciences and Engineering Research Council of Canada (NSERC) announced this year’s recipients of NSERC Prizes. Twenty-six of Canada’s world-leading scientists and engineers, and 13 of their industry partners received NSERC prizes recognizing their contributions in a range of research fields.

Up to six E.W.R. Steacie Memorial Fellowships are awarded annually to recognize early-stage academic researchers in the natural sciences and engineering and to support them to enhance their research capacity, so that they can become leaders in their field and inspire others. 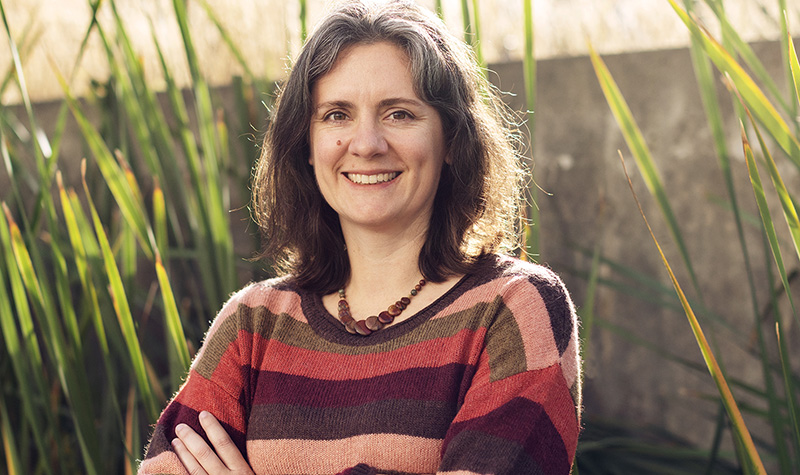 Rising temperatures and waning biodiversity are reshaping ecosystems around the world. If we’re going to devise conservation efforts that support these evolving environments, we need to be able to predict the ways that ecosystems will adapt in response to climate change.

Mary O’Connor untangles the intricate connections between changes in climate and biodiversity. O’Connor’s lab develops mathematical models that predict effects caused by temperature, and test them using simple ecosystems in the lab, and then in larger, complex ecosystems in the field. The UBC ecologist focuses on temperature because it affects everything in nature, from the bacteria to the largest mammal and tree. Even minor warming can have a major impact on how quickly natural processes occur—accelerating plant growth, for instance, or increasing risk of extinction—which can then trigger other changes throughout an ecosystem.

O’Connor’s research has uncovered recurring – and predictable – patterns in the way organisms, food webs and ecosystems respond to temperature change, giving ecologists a vital framework to forecast the ecological changes that will occur in warming areas, and design sustainability strategies that nurtures our evolving natural world.

William Cheung (Institute for the Oceans and Fisheries) 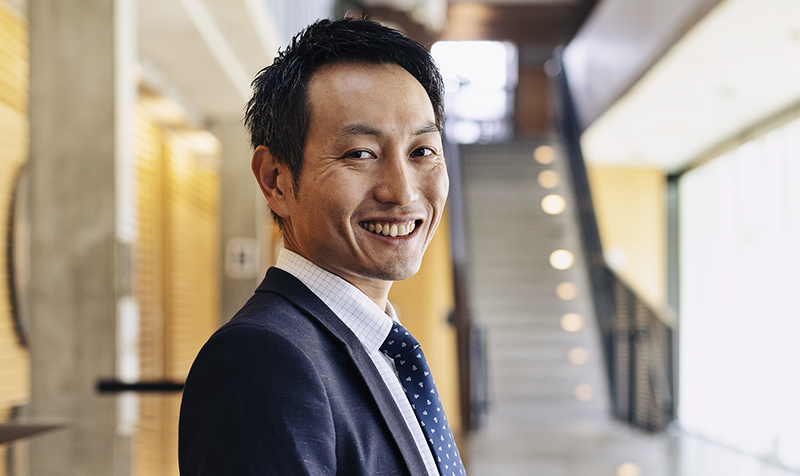 Temperature changes are having a profound impact on our oceans, forcing marine life to adapt in ways that may change ocean populations for generations. William Cheung studies the effects of climate change on marine biodiversity and fisheries. His work exposes how marine populations are adapting in response to ocean warming, deoxygenation and acidification. His research reveals steps we can take to help marine species and the fisheries that are depend on these resources continue to adapt to our changing planet.

In a breakthrough series of studies, Cheung developed a model that simulates the poleward migration that marine species exhibit when water temperatures warm. When species leave their habitats for cooler waters, people like those living in Canada’s coastal communities face dramatic changes in the ocean resources they depend on, reshaping industries, diets and even local populations.

Now, the UBC expert in ocean sustainability is using his insight into our planet’s evolving marine systems to help us manage the most unavoidable impacts. Cheung is building on his previous work to create a set of general principals to guide governments and policymakers when designing effective interventions to help marine systems adapt to future environmental changes. Thanks to Cheung’s research, we are learning to manage marine and coastal ecosystems sustainably and responsibly, for the health of our oceans and the communities that rely on their resources.

Brockhouse Canada Prize for Interdisciplinary Research in Science and Engineering

The Brockhouse Canada Prize for Interdisciplinary Research in Science and Engineering recognizes outstanding Canadian teams of researchers from different disciplines who came together to engage in research drawing on their combined knowledge and skills, and produced a record of excellent achievements in the natural sciences and engineering in the last six years.

Bertram is recognized alongside collaborators from the University of Toronto, Dalhousie University, Université Laval, Environment and Climate Change Canada, and Fisheries and Oceans Canada as part of  NETCARE—the Network on Climate and Aerosols.

Warming at twice the rate of the rest of the planet, the Arctic is the proverbial canary in the coal mine when it comes to tracking the effects of climate change. While increased levels of greenhouse gases are the primary driving force for global warming, the roles of tiny aerosol particles—some natural and some made by humans—need to be better established to understand the complete climate system.

NETCARE—the Network on Climate and Aerosols—was established in 2013 with the goal of understanding how these particles are formed and travel through the atmosphere, and the effects they have on climate. The multidisciplinary team brings together more than 40 earth science experts from university departments and federal research labs. The team distills massive amounts of field data and observations to improve climate models that predict environmental changes that are likely to take place in the Arctic over the coming decades. These predictions help policy-makers prepare for and, hopefully, mitigate the worst of the effects of climate change in the Arctic.

In recognition of their outstanding contributions to climate research in Canada’s Arctic, the members of NETCARE were awarded the 2020 Brockhouse Canada Prize for Interdisciplinary Research in Science and Engineering.