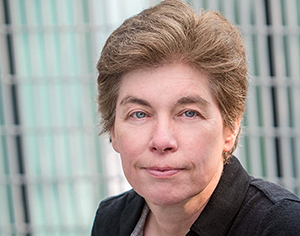 Dr. Murphy is a professor in UBC’s Department of Computer Science and was formerly Associate Dean (Research and Graduate Studies) in the Faculty of Science. After completing her BSc at the University of Alberta in 1987, she worked for five years as a software engineer in the Lower Mainland. She later pursued graduate studies in computer science at the University of Washington, earning first an MSc (1994) and then a PhD (1996).

Dr. Murphy’s research focuses on improving the productivity of software developers and knowledge workers by providing the necessary tools to identify, manage and coordinate the information that matters most for their work. She is a Fellow of the Royal Society of Canada and a Fellow of the Association for Computing Machinery (ACM), as well as co-founder of Tasktop Technologies.

Since joining UBC in 1996, Dr. Murphy has been instrumental in championing data science at the university — as a key driver of both the Master of Data Science (a professional graduate program that launched in 2016) and the creation of a Data Science Institute (launched in 2017).

As Vice-President, Research & Innovation, she has been pivotal in advancing the research and innovation agendas of the university across both campuses and articulating and promoting the university’s research and scholarly strengths, goals, and achievements to UBC’s internal and external communities. Dr. Murphy and her team have also provided leadership and support to UBC’s research community during the COVID-19 pandemic.

Under her guidance, the VPRI portfolio has enhanced support throughout the research lifecycle for UBC researchers and scholars and has developed a number of key initiatives. This includes support for interdisciplinary research and scholarship through expanded competitions for research excellence clusters and support to develop Public Humanities Hubs on both campuses; enhancing shared research platforms and infrastructure, including launching new local high-performance computing and digital storage resources; and by supporting the development of two additional UBC Global Research Excellence institutes: BioProducts Institute and Language Sciences Institute. Innovation UBC launched, to provide UBC researchers with more support to pursue avenues for translation of research and scholarship into impact, and for communities outside UBC to engage with UBC researchers. Engagement beyond UBC is also facilitated by the ongoing development of the Indigenous Research Support Initiative. 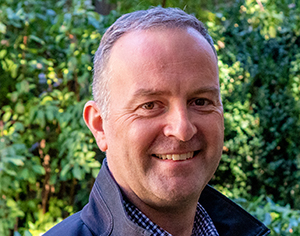 Matthew Evenden is a Professor of Geography and began his term as Associate Vice-President, Research & Innovation on October 1, 2019.

Raised on Vancouver’s North Shore, Evenden earned his BA (Hons) (First Class) at Queen’s University (1993) followed by an MA (1994) and PhD (2000) at York University. A specialist in environmental history and historical geography, he is the author of several books on hydroelectricity, fisheries and rivers, including the prize-winning Fish versus Power (Cambridge 2004), The River Returns (co-authored with Chris Armstrong and Viv Nelles) (MQUP 2009) and Allied Power (UTP 2015) on the growth of hydro-electricity in Canada during the Second World War.  For his scholarship and teaching, he has received the Rachel Carson Prize, the Clio Prize and the UBC Killam Teaching Prize.

Evenden served as Associate Dean (Research and Graduate Studies) in the Faculty of Arts (2015-2019), and Chair of Canadian Studies (2011-2015). He was also a founding executive member of the SSHRC-funded Network in Canadian History and Environment/ Nouvelle initiative canadienne en histoire de l’environnement (NICHE). 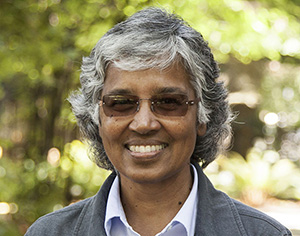 Dr. Rachel Fernandez is a Professor of Microbiology and Immunology and assumed the role of Associate Vice President, Research & Innovation on March 15, 2021.

Dr. Fernandez earned her B.Sc. at the University of Toronto (1982) and M.Sc. (1985) and PhD (1992) in Microbiology from Dalhousie University. She completed postdoctoral fellowships at Virginia Commonwealth University (1992-1993) and the University of Cincinnati (1993 -1996). She joined UBC in 1996 and has been a recipient of a UBC Killam Faculty Research Fellowship and has twice been nominated for a UBC Killam Teaching Prize. Dr. Fernandez’ research focuses on how bacterial surfaces are assembled, vaccines and the bacterium causing pertussis (whooping cough).

Dr. Fernandez served two terms as Associate Dean in the Faculty of Graduate and Postdoctoral Studies (2014-2019) where she oversaw the Postdoctoral Fellows Office and graduate student professional development. 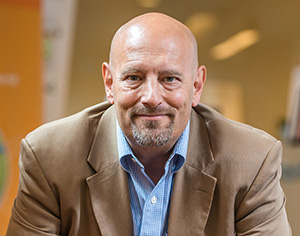 A molecular biologist and biochemist, Barker's research lab has published more than 100 scientific papers on signals that regulate life and death decisions in neurons and cancer cells. He co-founded a biotechnology company, holds several patents, and has developed and licensed several technologies.

From 2007 to 2011, Barker was the Associate Director for Strategic Initiatives at the Montreal Neurological Institute (MNI) and Chair of the MNI Centre for Commercialization and Research, a $15 million fund designed to facilitate rapid translation of research into commercial ventures and clinical practice.